As we launch our brand new player similarity finder, we thought we might as well go ahead and explain the thing.

The Quick and Dirty

A quick and easy way to compare current players to players from the past using data for every player season where the player played greater than 500 minutes. Initially, this was created to be a way to compare young players against players from the past with the goal of providing further context into how good a player might be expected to become in the future, but eventually we decided to expand it out to all players. The original thinking was, if we know how these players from the past turned out, there's a reasonable chance that this player will turn out to be of similar quality to these players they were most similar to at their current age. Take Immanuel Quickley, for example:

The first thing you will see is the player's "scouting report", i.e. how they rate at each stat against the other players in the set (the filters default to the players current age +- 1 and their position). Note that any time you change a filter, the players in the dataset as well as the scouting report and similar players will also change. In Quickley's case, we are looking at all Guards who were 20, 21, or 22 years old during the season. 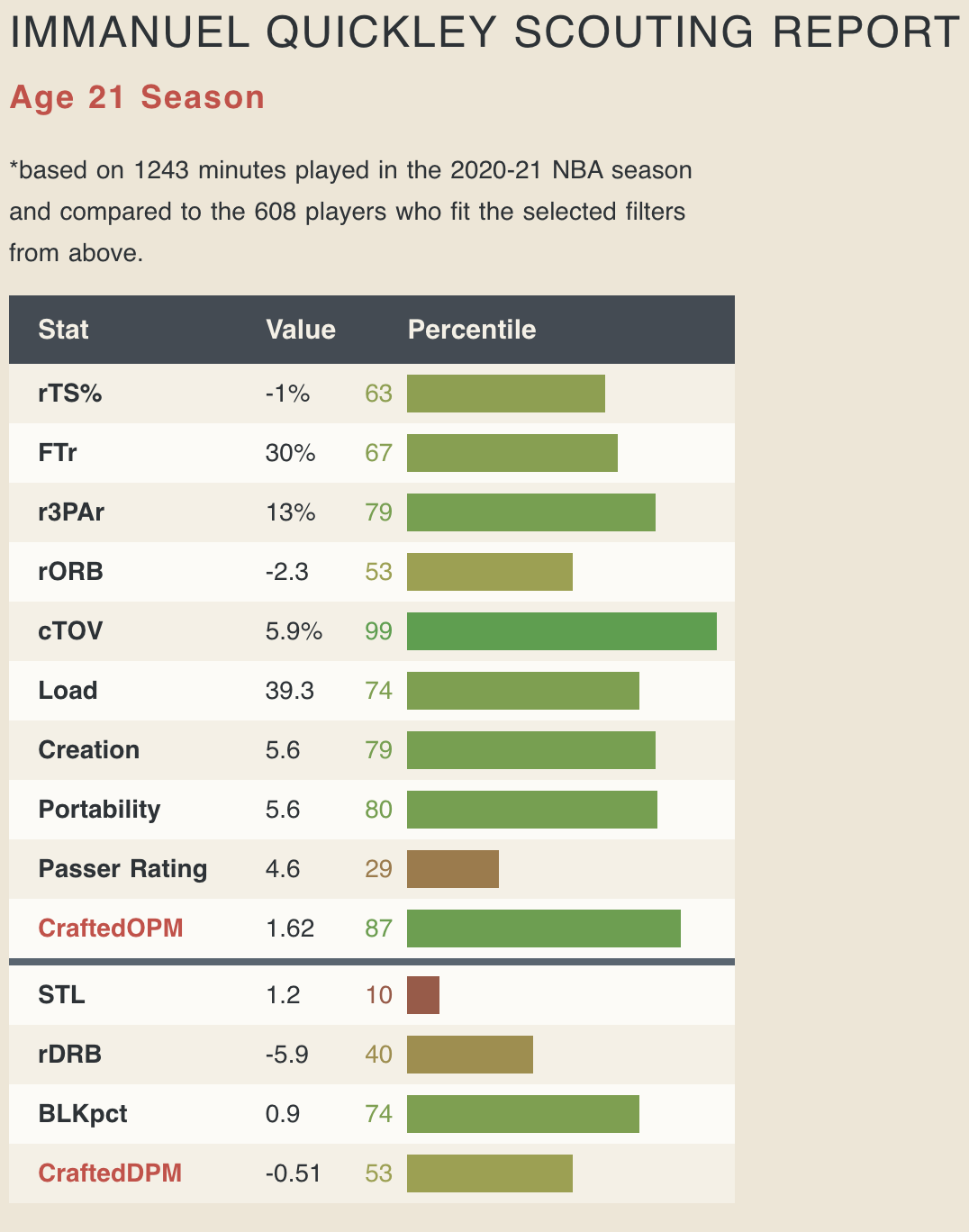 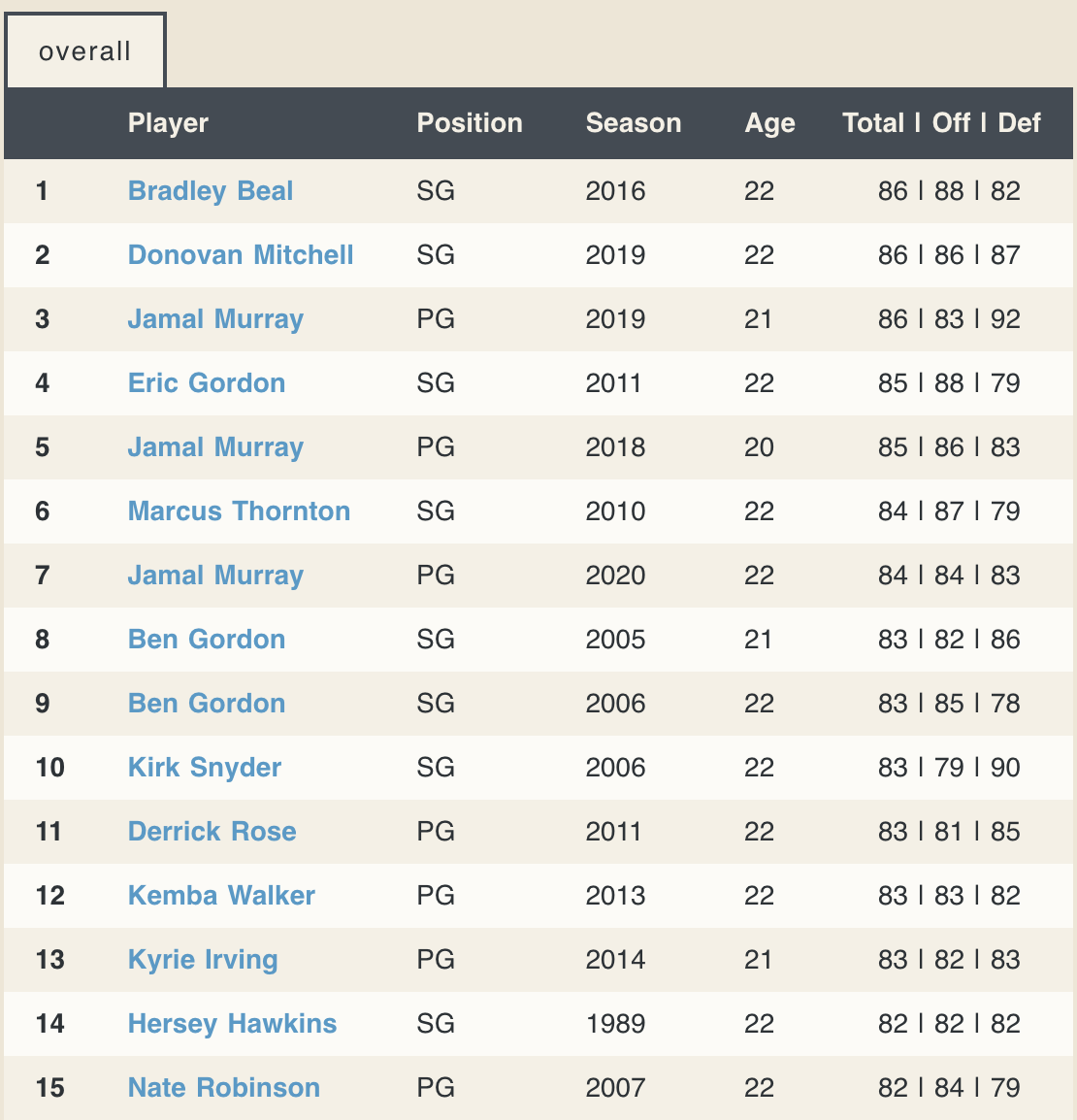 We tried to cover the main areas of play with our stats, but due to a lack of defensive box score stats (particularly in the pre player-tracking era), we had to settle for what was available. The defensive stats are pretty self explanatory, so we will skip those and get straight to the offensive ones. We think we have struck a nice balance between measuring how much a player does and how effective they are at doing it. Any stat with an 'r' in front of it means that it is relative to the league average from that season. This was necessary to close the gap in the rise in efficiency (three point shot!) and style (less offensive rebounding) over the years.

50 and under - never seen this person before, lives in a different hemisphere

*Shout out to the incomparable FBREF for the inspiration.

Be the first to know about new features, upcoming releases and exclusive insights.

We care about the protection of your data.
We will never sell your information.